A Woman's Guide to Going Topfree 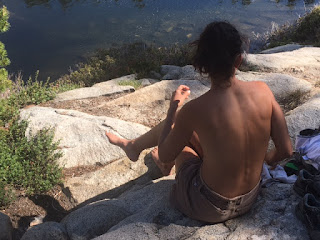 I recently made a short video, shall we say public service announcement (PSA), that addresses the double standard of nudity in the place where I currently live - Marin County, California.  This problem is by no means unique to Marin however, so I encourage you to expose the double standard if it also exists on your own community.  And chances are, it does.  It's one thing for there to be cultural preferences, but quite another if such discrimination becomes law, which is the situation that women face in most places in the United States. (In contrast, many places in Europe do not discriminate between female and male nudity under the law.)  If you happen to find out that your municipality is one of the lucky places in which there is a uniform standard of nudity, by all means test it out!  Culture will never change unless we act on our beliefs.  Here are a few tips for getting involved in this movement for women's equal rights:

Posted by dare2bfree at 6:05 PM No comments: